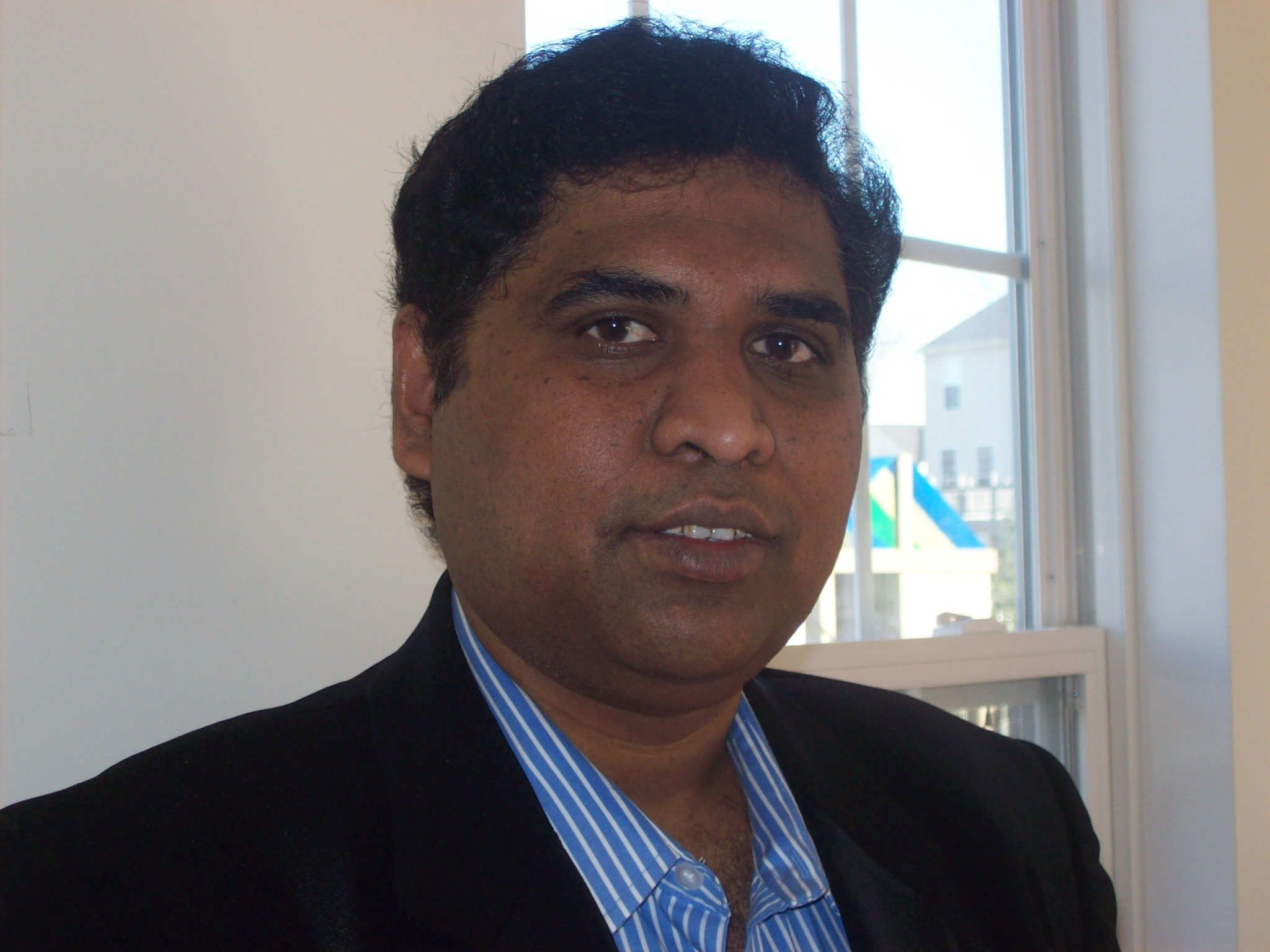 Dr. Charles Thodeti obtained his Ph.D. in Zoology (Physiology and Biochemistry concentration) from S.V. University, India. He did his post-doctoral training at the Division of Experimental Pathology, Lund University, Sweden. Later, he held a research faculty

Dr. Charles Thodeti obtained his Ph.D. in Zoology (Physiology and Biochemistry concentration) from S.V. University, India. He did his post-doctoral training at the Division of Experimental Pathology, Lund University, Sweden. Later, he held a research faculty position at Institute of Molecular Pathology, University of Copenhagen, Denmark. Dr. Thodeti moved to USA in 2004 and worked as a junior faculty member at Harvard Medical School/Boston Children’s Hospital. He was recruited as Assistant Professor in 2009 to the Dept. of Integrative Medical Sciences at NEOMED (Northeast Ohio Medical University). He was promoted to Associate Professor with tenure in 2016.

Dr. Thodeti’s laboratory works on the mechanotransduction mechanisms in cardiac remodeling and pathological angiogenesis with a focus on mechanosensitive ion channel, Transient Receptor Potential Vanilloid 4 (TRPV4). His work was the first to characterize TRPV4 as a mechanosensor in endothelial cells that mediates ultra-rapid calcium signaling required for cyclic strain-induced reorientation. Dr. Thodeti’s laboratory demonstrated that TRPV4 expression is downregulated in tumor endothelial cells which may be the underlying mechanism for their abnormal angiogenesis. Further, they showed that tumor angiogenesis is enhanced in global TRPV4KO and conventional and/or inducible endothelial specific KO mice and that pharmacological activation of TRPV4 in WT mice normalizes tumor vasculature and improves cancer therapy. Recently, they demonstrated that tumor cell derived exosomes transforms normal endothelial cells to tumor endothelial cell phenotype via modulation of TRPV4. They also found that TRPV4 mechanotransduction regulates soluble VEGF/VEGFR2 pathway. Taken together their findings suggested TRPV4 is a novel therapeutic target for angiogenesis, independent of well know soluble growth factors such as VEGF. Dr. Thodeti’ s work is also the first to demonstrate that TRPV4 mediates matrix stiffness-dependent cardiac fibroblast differentiation to myofibroblast, which is the critical event involved in physiological or pathological fibrosis. Recently, they found that genetic deletion of TRPV4 channels protects heart from adverse cardiac remodeling following MI by modulating Rho/MRTF-A pathway-mediated cardiac fibroblast differentiation and cardiac fibrosis. Currently, they have generated three cell-specific (endothelial, cardiomyocyte and fibroblast) inducible knockout models of TRPV4 (as well as using single molecule inhibitors of TRPV4) to investigate if targeting TRPV4 prevents or reverses cardiac fibrosis and heart failure. Dr. Thodeti’ s research work has been supported by NIH-RO1, NIH-R15 and AHA Grant-in-Aid. Currently, his laboratory is funded by two R01s and one R15 from NIH. He has published around 60 peer-reviewed articles in the fields of cardiovascular physiology and cell biology in highly reputed journals such as Circulation Research, Proc Natl Acad Sci, J Allergy Clin Immunol, Basic Res Cardiol, FASEB J and J Biol Chem, USA. His work has also resulted in three patents. He has been invited to present his work at various national and international conferences. His contributions to the research community have been recognized with the NEOMED Junior Faculty-2015, Fellow of American Heart Association (FAHA), and the American Physiological Society (FAPS-CVS) in 2016, ASIOA’s Mario Toppo Distinguished Scientist Award in 2018 and NEOMED-Outstanding Research Faculty Award in 2019. He has been selected as member of the editorial board of Circulation Research, Scientific Reports and Microcirculation. Dr. Thodeti has been providing service on department and institutional committees at NEOMED, as well as national and international committees. He is serving on various academic, scientific, and regulatory committees (more than 10) including leadership roles at NEOMED. At the national level, he is the Chair of Fellowship Committee that selects Fellow of APS-CV section (FCVS; do not confuse with graduate and post-doc fellowships), as well as a member of the Steering Committee of APS-CV section. He has been serving as a member of various study sections of NIH, AHA and states of Oklahoma, Louisiana, and Kentucky, as well as United Kingdom and Austria. Dr. Thodeti is a life member of ASIOA and has been actively participating in ASIOA activities for the past several years. His trainees received Junior Scientist awards from ASIOA in 2016, 2017 and 2019. He received the Mario Toppo Distinguished Scientist Award in 2018. He has actively participated in various academic and scholarly activities at the home institution and other organizations. He served as a Vice-President for local (Akron, OH) India Sunday school, helping children of Indian origin learn about Indian culture. He is the current president for the Akron Chapter of “Red Saree”, a community organization working for awareness of heart diseases in south Asian population in America.